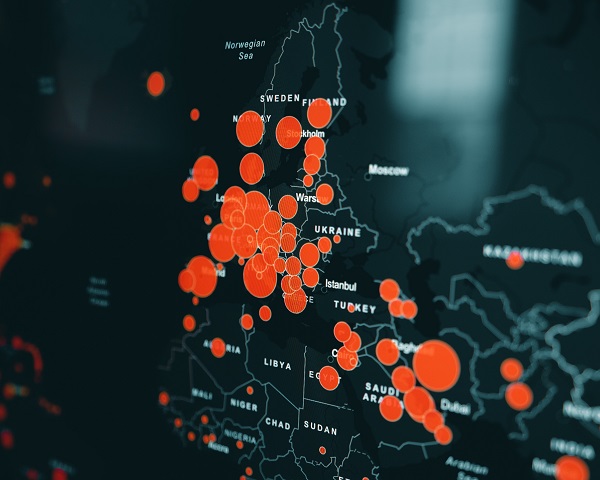 According to the latest statistics from the CDC, there a TOTAL of 1629 Cases of COVID-19 in the United States. Of those cases, 46 of us have succumbed to it.

In other words, in a country of 327-Million people, there are now 267 Confirmed Cases of Novel Coronavirus.

Yet….Most, if not all national sports events have been either cancelled or postponed. Cities have imposed maximum numbers of persons who can freely assemble….A violation of the 1st Amendment of the US Constitution.

Politicians, ably assisted by the corrupt, (criminal?) Mainstream Media has whipped up as much public panic as possible….

All of this opportunistic cynicism has been exacerbated by absurdist election-year politics. Read this gob of vile political cynicism:

This is a plainly idiotic. Here’s how I responded this morning on Twitter:

“That’s what we call in the REAL world a stupid statement Senator. It’s called the “NOVEL” Coronavirus. “Novel” meaning NEW; as in NEVER SEEN BEFORE.”

“So how about this: Tell us, RIGHT NOW what the NEXT Novel Virus is, and we’ll start making test kits immediately.”.

This destructive dishonesty has led to insane hoarding of toilet paper, disinfectant wipes, canned food and the most critical of commodities….personal intellect.

Both Politics & the Media (synonyms?) have creatively fragmented actual fact into a porridge of deceptive seditious opportunism.

This morning, the Sunday news shows decried the (supposed) stupidity of the Trump Administration in paying more attention to politicians rather than Medical Experts….

Then, after Dr. Anthony Fauci discussed today’s realities of this pandemic, show hosts then turned to a panel of Politicians and “Journalists” who immediately discounted what the preeminent expert on COVID-19 had to say in favor of continued grinding of their particular political axe.

Even worse….The pundits then put the idea that State & Local Governments were somehow doing a better job of handling this outbreak than the Federal Government….

….Apparently forgetting that this country is “The United States of America” NOT the “Federal Republic of America.”

Federalism is a form of government in which there is a division of powers between two levels of government of (mostly) equal status.

Thus the States SHOULD be taking the lead in the management of this disease on behalf of their constituents.

The same people who are decrying the failure of the Federal Government’s handling of a national health crisis, are absurdly attempting to impose an all-encompassing governmental medical system called “Medicare for All” on all of us in this country….

Great, let’s destroy those serving in Federal Government for screwing up the COVID-19 then turn over all medical care to them.

This also ignores the synergistic effects of totalitarian government failures:

This entire mess started with an all-encompassing governmental medical system run by a Chinese government that first arrested all those sounding the alarm, killing at least one of them, then imposing a total news blackout….

….Which allowed infected Iranian citizens to travel to their home country, with ANOTHER all-encompassing governmental medical system run by a totalitarian Iranian theocracy who imposed ANOTHER total news blackout….

Relax….Stop allowing the Political/Media complex to scare you.

Wash your hands every time you think about it.

Stay away from beloved, elder, immune-deficient friends and relatives. Use Skype, Video Call, Cell, Email to stay in touch.

The key symptoms seem to be Cough, Fever, Sore Throat, Runny Nose and Shortness of breath.

When in public, before you leave wherever you are, wash your hands, then use the paper towel you dry your hands with to open the restroom door, or your elbow if you’re using the ‘drip dry’ method….

Oh, and the instant when some leftist numbskull starts whining about the tragic loss of all the water being used to wash hands….pummel them into the dirt.

Comments? Ideas? Opposing Viewpoints? Reply, or join us tomorrow afternoon on The Wells Report on the USA Radio Network.