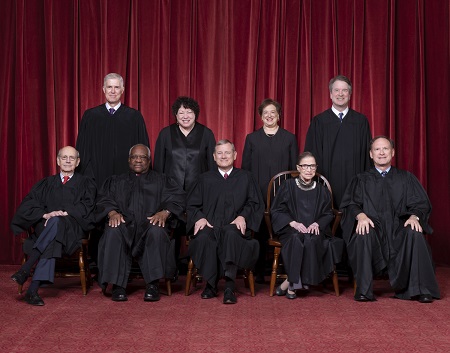 As I write this…. Democrat Thug Dick Durbin is purposefully misrepresenting Judge Kavanaugh’s statement about the horrifying mess loosely referred to as his “hearing”.

He is conflating the Judge’s statements that he “…. has no animus against Dr. Ford….” with “…. This is a political hit….” “…. pent-up anger about President Trump and the 2016 election….” as being focused on Dr. Ford, instead of where Kavanaugh truly intended those charges to rest…. On his own corruption-disfigured shoulders and those of his Anti-American caucus…..

This is understandable in that if I was Senator Durbin, or any other member of the aforementioned corrupted caucus, I would be looking for an analgesic to mitigate the remorseless, unflinching responsibility for the atrocity of yesterday’s attempted public slaughter of a good man.

This horror was the perfect prediction of political minds from the 18th Century, when they spoke of, warned, then girded against the ruthless rule of tyrants.

It was also the product of a seditious, treasonous cabal operating as our federal government….. Empowered by their autocratic, calculated abandonment of those bothersome Constitutional protections on which We the People so rightly depend…. the violations of which were on full display in the attempted political assassination of Brett Kavanaugh.

The Senate is now forever stained by this deep and dark oppression. But then, so are we….

Yes, We the People sent these foul anti-American, Leftist Slugs to wreak havoc over our Moral Collective, our Laws, our Rights, our Republic. It is time to correct our error.

Indeed, we must do so immediately. Here’s how:

We the People should resolve therefore to suspend all votes for members of the Democrat Party. Every election. At every level of American government. National, State and Local.

For those now cat-calling this suggestion as nothing more than a partisan political ruse, please read on…..

The Democrat Obama Administration has begat the Democrat Deep State, which now plainly seeks to bring us to the unmistakably demonstrated Democrat ideals of abandonment of our Constitution, our Rule of Law, of all things American.

Through their votes, American People has returned the harsh reality of irrelevance to this party. But we must do more.

Your party hovers on the brink of not just promoting a Socialist future path for this nation, but a Sociopathic one.

Following the inexcusable, ripping public torture of Judge Kavanaugh, the chances your party will regain majorities in the House, or Senate are as vaporous as the supposed morality, yet undeniable cynicism of the Democrat gangsters on display yesterday.

With that inevitable defeat looming, join your fellow citizens in the wholesale rejection of this demented ideology. Either vote against this disease, or at least abstain from supporting it. In short, be an American instead of being a Democrat.

While the Democrat Party has now unequivocally shown us their now undisguised hatred of this nation, make note that the Republican Party simply prefers negligent indifference.

Their Day of Reckoning is coming…. And right soon.

To transmit this comeuppance to these political goons will chasten the others, to the benefit of us all and this great nation.

Share Your Thoughts on this later today on The Wells Report–on the USA Radio Network 2-5 PM Central Time.