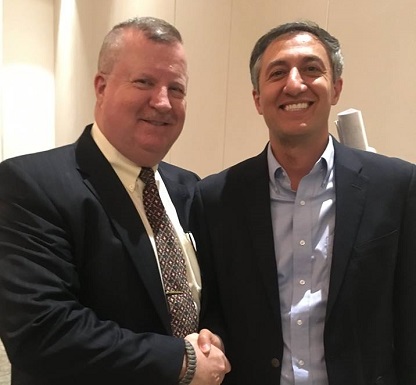 Jon-David Wells, host of “The Wells Report”
to Keynote the Inaugural Meeting of
United Republicans of Tarrant County

Fort Worth, Texas – September 4th, 2018 – Texas State Legislator Giovanni Capriglione and host of “The Wells Report”, Jon-David Wells, will headline the Inaugural meeting of the United Republicans of Tarrant County at The Bowden, 1775 Keller Parkway, Keller, Texas 76248, on September 11th, at 7PM.

Jon-David Wells will highlight his story of how he went from one of the most successful Music Radio DJ’s of his generation, abandoned that success to begin a relentless journalistic pursuit of the Truth on September 11, 2001.

He will address how epic failures of clandestine intelligence, institutional complacency, arrogance and failure of imagination led to the loss of nearly 3.000 American lives and accelerated the transformation of the American Media into the willing lapdog of enemies domestic; Leftist Progressives.

Giovanni Capriglione, Texas State Legislator for the 98th District, and Founding Patron of the United Republican’s for Tarrant County, will be giving a synopsis of the coming Texas Legislative session in 2019. Capriglione was instrumental in the return of Texas’ gold into a new gold depository.