“Vote for the most Conservative Candidate who can win.” ~ William F. Buckley 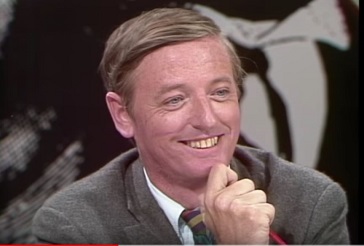 “In matters of Fashion, go with the currents…. In matters of Principle, stand like a rock.” ~ Thomas Jefferson.

Those are words to live by, unless your principles become a suicide pact.

That Trump leads the Republican Party should signal to the Party Leadership that they have been fired by We the People. Adapt or Die.

The Conservative Party, the Federalist Party, the American Party whatever you want to call it, will be the NEXT thing we do AFTER the 2016 Election. This time, we must be patient.

“Vote for the most Conservative Candidate who can win.”–William F. Buckley. Those are words to live by in our current circumstance.

This is a 2-party system…. We face a binary solution set…. Trump or Hillary. (If she actually runs…. Biden if not.) Still Trump.

She and her ilk have made the destruction of the Bill of Rights their Holy Grail. Consistent attacks on Free Speech, Freedom of Religion, Individual Possession of Weapons, Privacy, Security, Our rights against Self-Incrimination…. All lead to an All-Powerful Government…. Telling us what to do, how to do it, why we must, what to eat, what surgeries we’ll have, what treatments, what medication, on and on….

These are existential attacks on this country. Quite literally, “Enemies Domestic….” And yet we refuse to believe it…. Even when we see the agencies of government quashing political opposition through IRS tyranny, and threatening Freedom & Liberty through the increasingly dense and political Judicial Branch.

The Democrat Party has made itself into a threat to this nation.

Sanders and Hillary should not be considered for the Presidency…. They should be considered as Enemies of this Nation: Sanders for Sedition, and Clinton for Espionage.